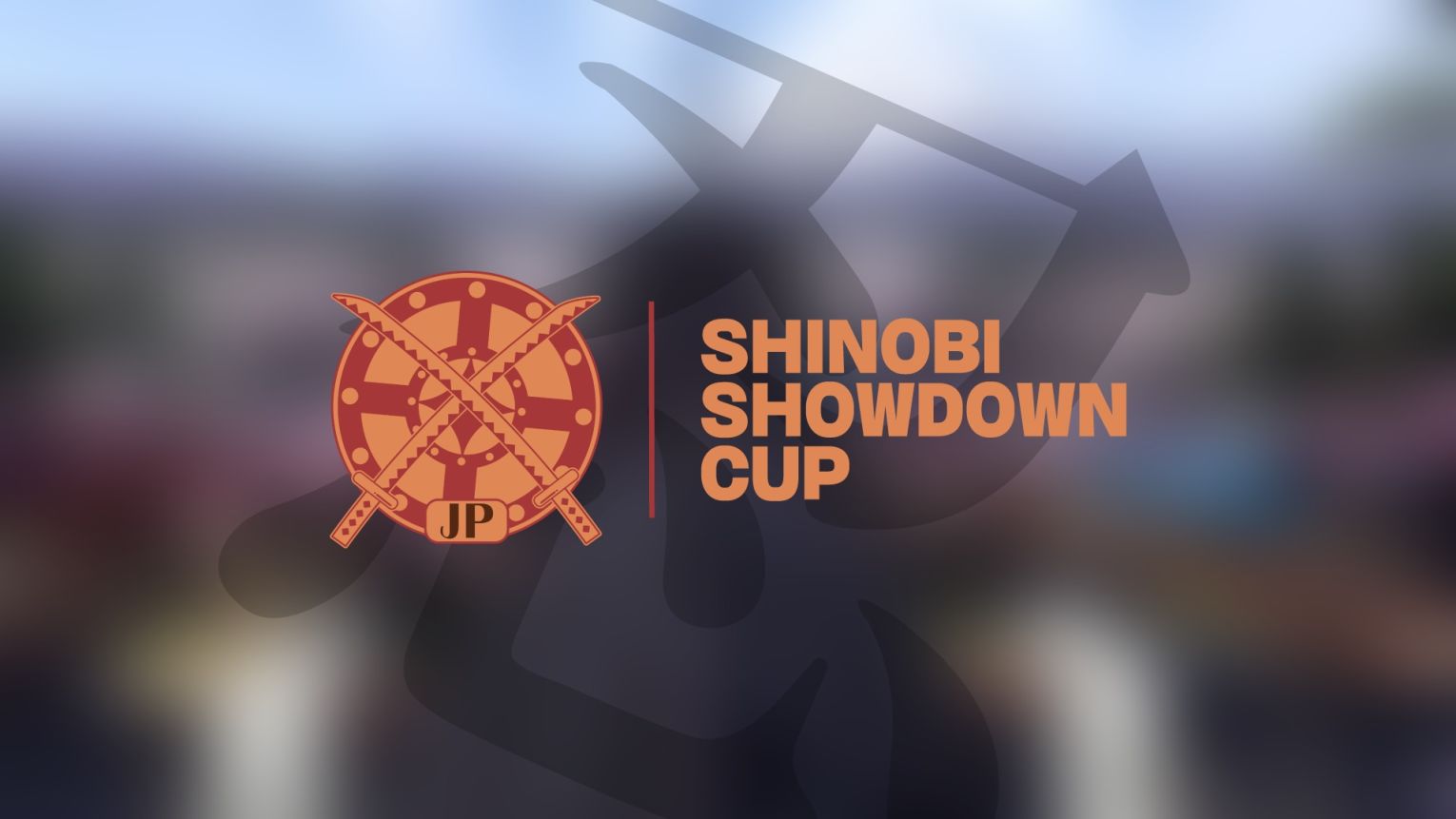 Have you ever wanted to join a tournament but be intimidated by the skilled players, found difficulty in finding a team or just not wanting to play a match for 8 weeks just to not make the playoffs?

Here’s the part where we step in and offer YOU! the players of our region a fresh new way to play the game without the hassle that comes with regular competitive formats.

What is the [JP/Asia] Shinobi Showdown cup?
Shinobi Showdown is a brand-new format and unique gamemode created to satisfy the needs of the Asian team fortress community as there is a lack of casual fun gamemodes with UGC and Asiafortress being the only two parties hosting competitive exclusively.

It is a 6v6 format with a class choice of up to 3 demoman, 3 soldiers and a maximum of 1 pyro, scout, sniper and spy with the gamemode being themed around Asian and Japanese elements with weapons such as the kunai, flying guillotine, half-Zatoichi and the map being set to Koth_Suijin.

All stock weapons are restricted, allowing only whitelisted weapons to be used in the matches. The purpose of restricting stock weapons is force players to go off meta and experiment around with different classes and weapons to find a unique strategy as well as helping to keep our theme intact.

Schedule:
The tournament is planned to be Early-late June as it is off the school term and would hopefully maximize player turnout rates.
FAQ

Server Location
Our dedicated server is located in japan and can be joined by inserting www.dabudabu.net:27025 into your internet browser and launching the steam client or by using the IP:122.210.136.164:27025 with the password furematch.

How do I sign up?
Signing up of teams will be done through our match.tf page https://match.tf/tournaments/47

Will there be medals?
Yes! There will be a total of five medals for this tournament if valve gets to approving them with three for the top 3 teams, one for participation and one for players who have contributed significantly to the cup. These lucky cat medals are created by the talented maestro and dio joestar!

What if I have additional Questions?
If you have further queries, approach the help channel in our discord https://discord.gg/dycNGdE and our staff will be happy to assist you!

Welcome to the [JP/ASIA] Shinobi Showdown tournament! Please follow the rules below:

Section 1: Servers
Configs
shinobi showdown uses a set of server configs (and an optional plugin) to enforce the rules of the format.
The server provided by us already comes with these applied.

There is a server located in singapore and japan.
Players are allowed to play on the Singapore based server with the agreement of both teams. Server choice priority goes to teams that pick the japan server.

Section 2: General Rules
Singapore ‎(UTC+8)‎ will be used for the scheduling of matches and default match timings. This is one hour behind Japan’s timezone (UTC +9)

If your team fails to be on the server more than 15 minutes over the established start time, the opposing team will be allowed to claim a default win if they want.
If you want to claim a default win for this reason, take a scoreboard screenshot and gather as much evidence as possible to support your case, then contact admins. We reserve the right to deny your claim if it is evident that the match can take place normally.

Match reporting
At the end of a match, a leader (either yours or theirs) must post (on the match comms) a final scoreboard screenshot showing the final score of the match, as well as a logs.tf link. This will serve as your proof of the match having taken place and the results being correct.

Use match comms agreements
Please use the match comms channel on match.tf to stay in touch with opponents, as these discussions can be read by moderators with full certainty, if need be. All agreed match date/time reschedules, confirmed mercenaries and so on should be noted here by both leaders to ensure a full agreement is impossible to sneakily back out of.

Section 3: Players
Players of any region are allowed to play*
Although the tournament only caters to asia/japan players, we will allow the usage of 2 international players per team.

No team changes allowed
The team you start with is the team you will finish with.

Every player must record Demos
A Demo replay is a .dem file that can be used by TF2 to replay a match you recorded. You can record demos via the in-game Demo Support settings in Advanced options, or by manually typing ds_record in console, which will record all gameplay from that point and save it as a .dem when the match is over or after a disconnect. When recording Demos is required, it becomes a good tool for catching foul play.
A Demo file can be requested for inspection by an admin, if they suspect foul play. Admins can request as many Demos as required, at any point, so make sure you keep them saved.
If an opposing team suspects foul play from you, opposing teams may request your Demo file to be looked at by an admin. Enemy team members may only request Demo file inspections up to 48 hours after the match's scheduled start time, and are limited to only requesting Demos from 2 players. A player who is asked to provide their Demo MUST provide a Demo showing all rounds played, and must provide said Demo within 72 hours starting from the time the request was made.
Valid reasons for requesting a demo from an enemy player includes:
• Enemy player accused of using a banned weapon or class
• Enemy player accused of using software assistance (A.K.A. hacking)
Punishments for not providing Demos
A player who fails to provide a Demo within 72 hours of the request time will incur penalties that become more significant with repeated offences. These are covered below.

Team skill restrictions.
Players may not have more than 3 players per roster with UGC Platinum or Asiafortress division 1 experience to encourage a spread of player skill among the different teams.
Player penalties.

First offence: A warning for the player
Second offence: Player will not be eligible to play all upcoming matches.
Third offence: player gets spanked and removed from the league.
Please don't forget to record your demos.

Offensive chat in-game
Offensive chat, nicknames and avatars will probably not be looked into by the admins if reported.

No sharing of accounts during the season.
no smurfing please. That’s not fun or interactive.

Roster changes
Once the season starts, roster changes will require approval from an admin.
Once playoffs start, roster changes will be impossible.
Massive roster changes are not allowed unless absolutely needed
If you truly need to change a large part of your roster (essentially becoming a new team), you will have to explain your reasoning to the admins, who will review your case. We reserve the right to deny large-scale roster changes if they appear suspicious or unnecessary. It may be easier to convince the admins if it is very early in the season.

Minimum number of players to start
You may not start your match with less than 4 players on your team. You must have either 4, 5 or 6 players.
If you start with 4 but this ends up reducing to 3 (for example, if someone left), the match may continue. This is NOT true for someone joining your team to become 7 players, as this is breaks another rule elsewhere.

Mercs/ringers
A maximum of 2 mercs can be called in, in the event where you are unable to get rostered players to play. The enemy team has the right to deny certain mercs if they feel that the merc is significantly more skilled than the rostered player he would be replacing.
You must get permission from the enemy team to use a merc, and proof of this permission (and the merc's steam profile) both need to be provided at the end of your game along with the usual logs of your match and scoreboard screenshot.
Using mercs without permission will result in default losses.

Spectator Mode
unauthorized spectators are not allowed to spectate matches.

Should your team need to pause the game for any reason (e.g. a player of yours just disconnected, or you encounter server issues), you may request a pause.
This request must be clear, with a valid reason. E.g. "Our Soldier just disconnected. Enemy team, please pause". The opposing team is then required to pause at the first appropriate time (e.g. not currently in a large fight or a push). Not complying with a pause will incur warnings or even larger penalties such as match forfeits, depending on severity.
There are a few notes you must be aware of:
• You must not unpause the game without warning the enemy team that an unpause will occur. A 5 second warning is appreciated.
• Each team has the right to 1 pause
• You may not pause for more than 5 minutes unless the enemy team allows it
• If the enemy team allows your pause to last for more than 5 minutes, you are expected to give them the same courtesy if they need to pause for a similar amount of time.
To pause the game, type pause in the developer console. Typing pause in console again will unpause the game.

KOTH
A map with one control point that must be fought over. Usually, whichever team has point possession for 3 minutes will win the round! Be the first team to win 3 rounds to win the match.
KOTH is played with mp_winlimit 3, mp_timelimit 0, mp_windifference 0.
Ties are impossible for these maps.

Banned weapons
Players are to follow the whitelist for allowed weapons.
stock weapons such as the scattergun, flamethrower and rocket launchers are banned.
The rules on banned weapons and classes must be followed even if the server doesn't enforce them. For example, if the server is missing the stock plugin, you are still forbidden from using stock weapons.
It is intentional for the dragon fury and letranger to deal zero damage.

Classlimits
3 demoman
1 pyro
3 soldier
1 sniper
1 spy
1 scout
Any class combinations are allowed as long as it does not exceed 6 mercenaries.

Punishments for breaking rules regarding classes and weapons
Using a banned class/weapon or exceeding class will result in a default being awarded to the opposing team depending on the illegal usage impact. You shouldn't be able to do this anyway if the server is set up well.

Bugs
Usage of any significant bugs or exploits in the map or game is not allowed if any. If you are unsure of whether something is allowed or disallowed, please ask an admin.

Cheating
We have a zero tolerance policy against cheating. Anyone caught using some form of cheat will be spanked and sent home without a badge.

Scripting
scripts such as null movement and rocket jump scripts are allowed.

Retry command
Players may not abuse the retry command to bypass spawn times. This may be punished with warnings or match forfeits.